Tap here to plan your next vacation

Plan your next vacation

Add to favorites Email this villaEmail

Panarea Villa in Caribbean architecture features a separate high-tech gym and spa, infinity pool and sweeping sea views of St. Martin from all rooms.
Set in the West End of Anguilla (overlooking Cap Juluca and Altamer), just 900 footsteps away from two white sand beaches, the three-bedroom luxury home combines pure elegance with state-of-the-art broadband technology and a fitness pavilion. All bedrooms and gym are air-conditioned, plus Casablanca ceiling fans are set to capture the cross breezes for the ultimate Caribbean look and feel.
Panarea, meaning rugged, owes its name to the physical characteristics of Anguilla's terrain. The property is enclosed by a courtyard wall, which provides total privacy for this jewel of a retreat. 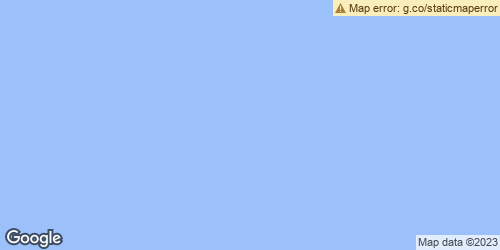 This was my wife's and my 3rd trip to Anguilla and the first trip for our two youngest children (20 and 23 years old). It was our first time in an Anguilla villa, the other two trips having been to Cap Juluca in 1992 and 1996 (I think). Panarea sits above Cap Juluca on an incredibly bad road (the worst I've seen in Anguilla), Firefly Lane in the West End. That said, it was no big deal to drive on with the Mitsubishi Pajero we rented. It was really bizarre, however, that on this pile of rocks and holes called a road, they felt the need to have two speed bumps! From the back of the villa, there are very nice views over Cap Juluca and Altamer, with Covecastles also easily visible. The view was pretty much directly toward Saba, which is really cool looking, but we could also see Statia and, of course, St. Martin. The villa itself had everything! The master bedroom is air-conditioned and has a huge shower with a one-way picture window, so you can look outside while showering and still not be visible from outside. There are two other large bedrooms, both with large ensuite bathrooms. All three bedrooms have either private terrace or balcony. The kitchen was nicer than ours and had everything and more. The living room has a 30-something-inch TV with lots of cable channels and there is broadband internet. There is a Wi-Fi adapter, but we had problems with it and didn't consider it worth the bother to get somebody to come over to fix it. A separate air-conditioned building on the other side of the pool houses an excellent private fitness center, complete with its own large TV and sound system. As good as that sounds in print, you really need to see it to believe it. The pool was decent sized and had the bonus of a current that you could turn on for swimming continuously. Nice touch. It is an infinity edge pool and looked quite nice as well. There were plenty of nice lounge chairs as well as an outdoor table and chairs. In the fitness building there were a bunch of portable beach chairs and a couple coolers. Everything was new and in perfect condition. The decor was very pleasing island style, with lots of very nice tile everywhere, including around the pool, which never was too hot to walk on. Surrounding the entire property was a tall privacy wall and there was also a locked gate, mostly to keep out goats. The entire property is very private. There is a home next door, but the wall does a good job of insuring privacy. Landscaping was nice, if nothing spectacular. Although, in theory one could wa

Plan your next vacation:

Before you inquire, here’s what you should expect: 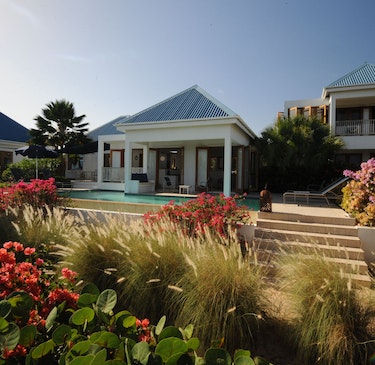 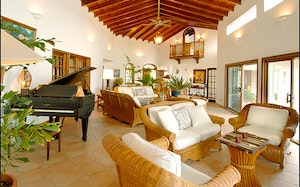 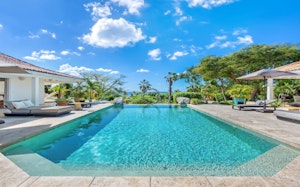 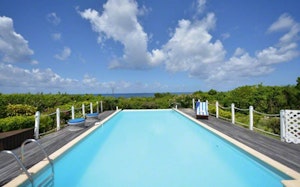 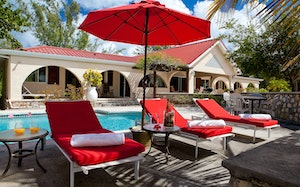 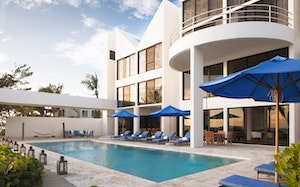 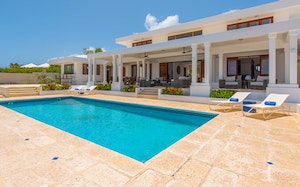 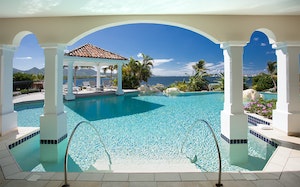 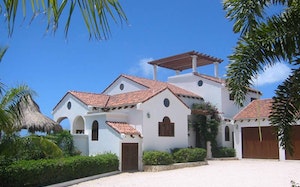 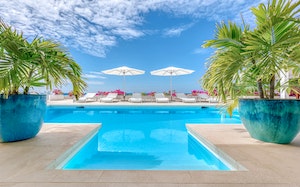 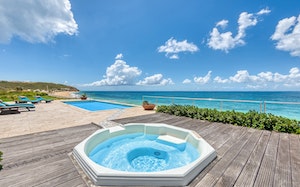 Email your friends about
Panarea Villa